I am a PhD Candidate in the Graduate Group in

Ecology at the University of California, Davis. My research focuses broadly on conservation of mammal populations.

In the face of unprecedented landscape conversion, species will be challenged to adapt or migrate in order to persist. This may be particularly difficult for habitat specialists and species with fragmented distributions. Understanding how wildlife interact with their environment – including other animals in their environment – is critical to long-term conservation planning. These relationships are complex, interactive, and shaped by megaannums of adaptive evolution.

My research emphasizes genetic/genomic techniques and predictive modeling to estimate habitat quality, genetic diversity and connectivity, and a variety of other ecological parameters. Ultimately, my goal is to provide tools for effective conservation planning in the face of landscape change.

In addition to research and teaching, I serve on the American Society of Mammalogists Conservation Committee, helping to ensure policies that may impact mammalian species are informed by science.

The American marten (Martes americana) is a forest carnivore native to boreal and sub-boreal forests of North America. It is an old-growth forest specialist dependent on deep snow pack at its southern range margin. The northeastern United States harbors the southern-most population of American martens, and is characterized by a dynamic history of range contractions and reintroduction attempts.

We estimated genetic structure of marten populations at the southeastern periphery of their distribution, in Maine, New Hampshire, Vermont and New York. We discovered that a recently detected population in Vermont was likely descendant from a reintroduction attempt, which was previously believed to be unsuccessful. We also identified areas where martens may have persisted in relictual populations despite going undetected for decades. This work has been published in the April 2019 issue of Conservation Genetics.

We used landscape genetics to identify landscape features that facilitate or impede marten gene flow in the northeastern US. We found that forest cover, elevation, and cold temperatures facilitate gene flow, and developed land cover impedes gene flow. We used a multi-scale approach with replication to reveal site- and scale-specific patterns in our data. Finally, we used spatial analysis to predict the locations of key gene flow corridors using our landscape genetics models. This work has been published Open Access in the April 2020 Issue of Heredity. 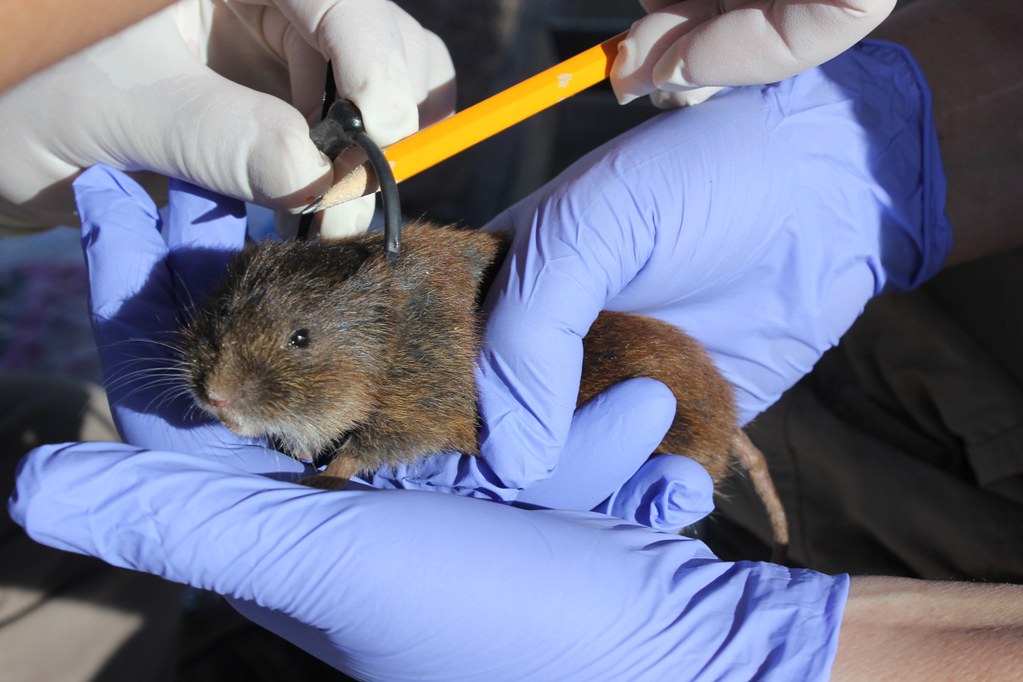 The Amargosa vole (Microtus californicus scirpensis) is an endangered species endemic to extremely rare wetland habitat along a single river corridor in the Mojave Desert. These wetlands are near-monocultures of three-square bulrush. Consequently, Amargosa voles have been presumed to rely entirely upon bulrush for habitat and forage. We used a combination of nutritional analyses, microhistology, and DNA metabarcoding to evaluate the composition of Amargosa vole diet. We found a greater diversity of dietary items than expected, including 14 families of plants. The nutritional analysis suggested that bulrush alone was unlikely to support vole survival and reproduction, substantiating the diversity of diet items detected. This work is published Open Access in PLoS ONE.